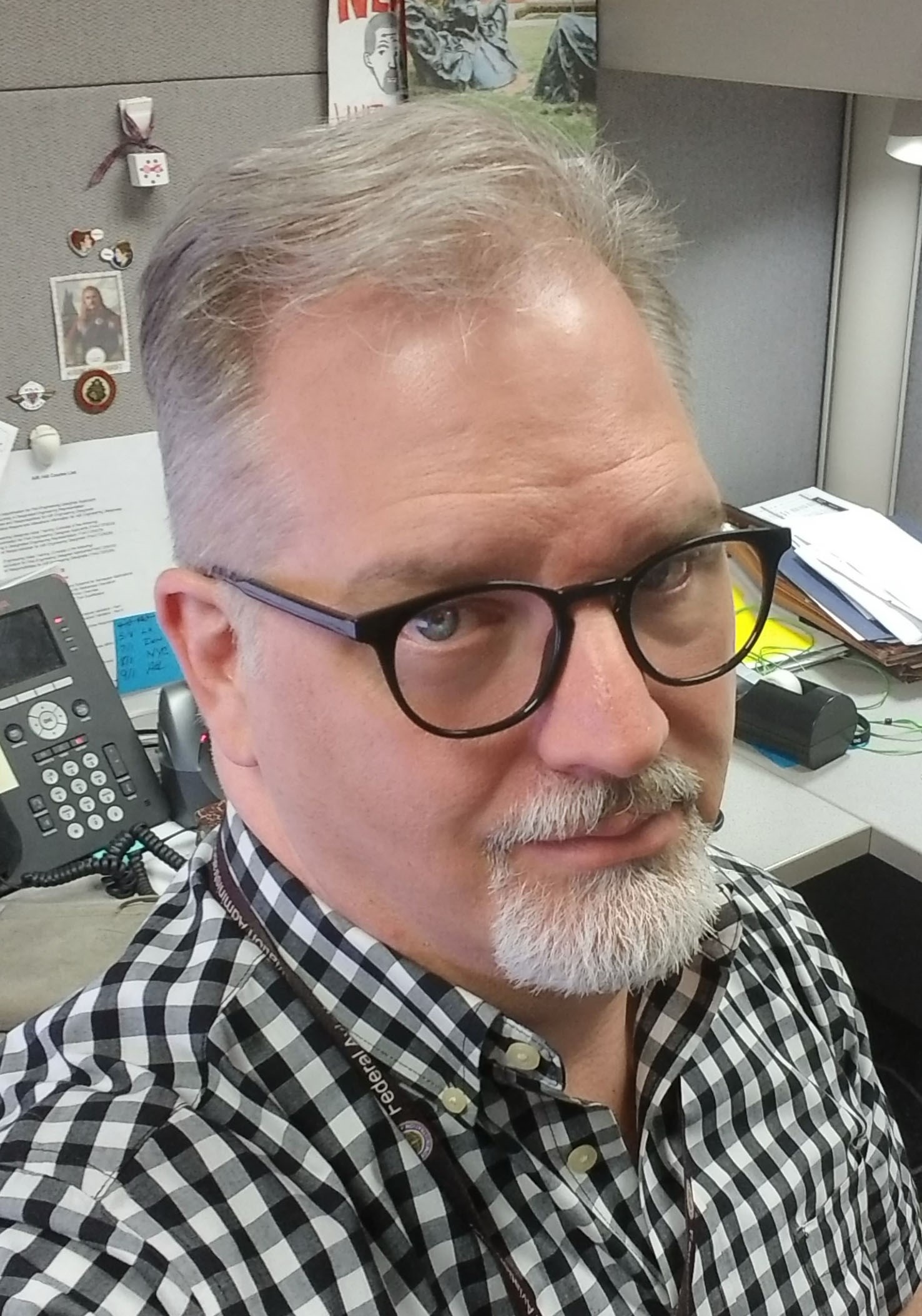 Michael is an ISS for the Delegation and Procedures Branch of Aircraft Certification. He says “My job is to make technical jargon filled government speak a little less…dry.” Prior to the FAA Michael did a very similar job for the United States Postal Service where he had the opportunity to live in Washington DC for 2 years, breaking the otherwise consistent lifetime residency of Central Oklahoma. While in DC he sat on the board of Young Government Leaders, a leadership development organization that worked with DC area government workers and bridged between departments. At that post he developed learning programs and infrastructure that encouraged self-development for members who desired growth in government work. “I like government work because even in my small way I feel like I am making a positive difference in the future.”

Michael is a member of GAMMA and HOW, both are LGBTQIA organizations that cater to gay and bisexual men who come out later in life. He is active in the community theater world having been producer, director and performer. “GLOBE, and other organizations like it have been instrumental in improving the quality of life for many in the past. While some tremendous gains have been made over the last 30 years it is important that GLOBE and similar organizations exist to ensure a degree of visibility and support for the LGBTQIA community at large. I am seeking a position in GLOBE because I know that there are folks who need to know that someone is out there for them.”